The SRL project will change the way Victorians move by connecting our middle suburbs, major hospitals and major economic centres. This 90-kilometre rail link will link every major rail line in the metropolitan rail link and create new stations in previously unconnected suburbs such as Doncaster.

Brand new stations will be constructed at Monash, Burwood, Doncaster, Bundoora and Melbourne Airport. In addition, the government proposes three transport super hubs at Clayton, Broadmeadows and Sunshine to connect regional services to the SRL.

The Suburban Rail loop is one station too short! Doncaster, and the City of Manningham, have been waiting over 130 years for rail and are in desperate need of additional public transport.

We believe Stage One of the Suburban Rail Loop should be extended to include Doncaster. Doncaster is in the City of Manningham which is the sole metropolitan municipality that remains unconnected to the rail network; despite being promised rail services for over 129 years. As a result, the City of Manningham experiences road congestion, forced car ownership and overcrowding on local bus services.

In addition, Doncaster Station is the most technical engineering aspect of the SRL design. It is thus essential it is included in Stage 1.

“The City of Manningham has been waiting for rail for over 130 years and is the sole metropolitan municipality that functions on bus services alone. Not only is Manningham vastly under-serviced, but their rapidly increasing population density also means it simply cannot wait twenty plus years for better public transport.” 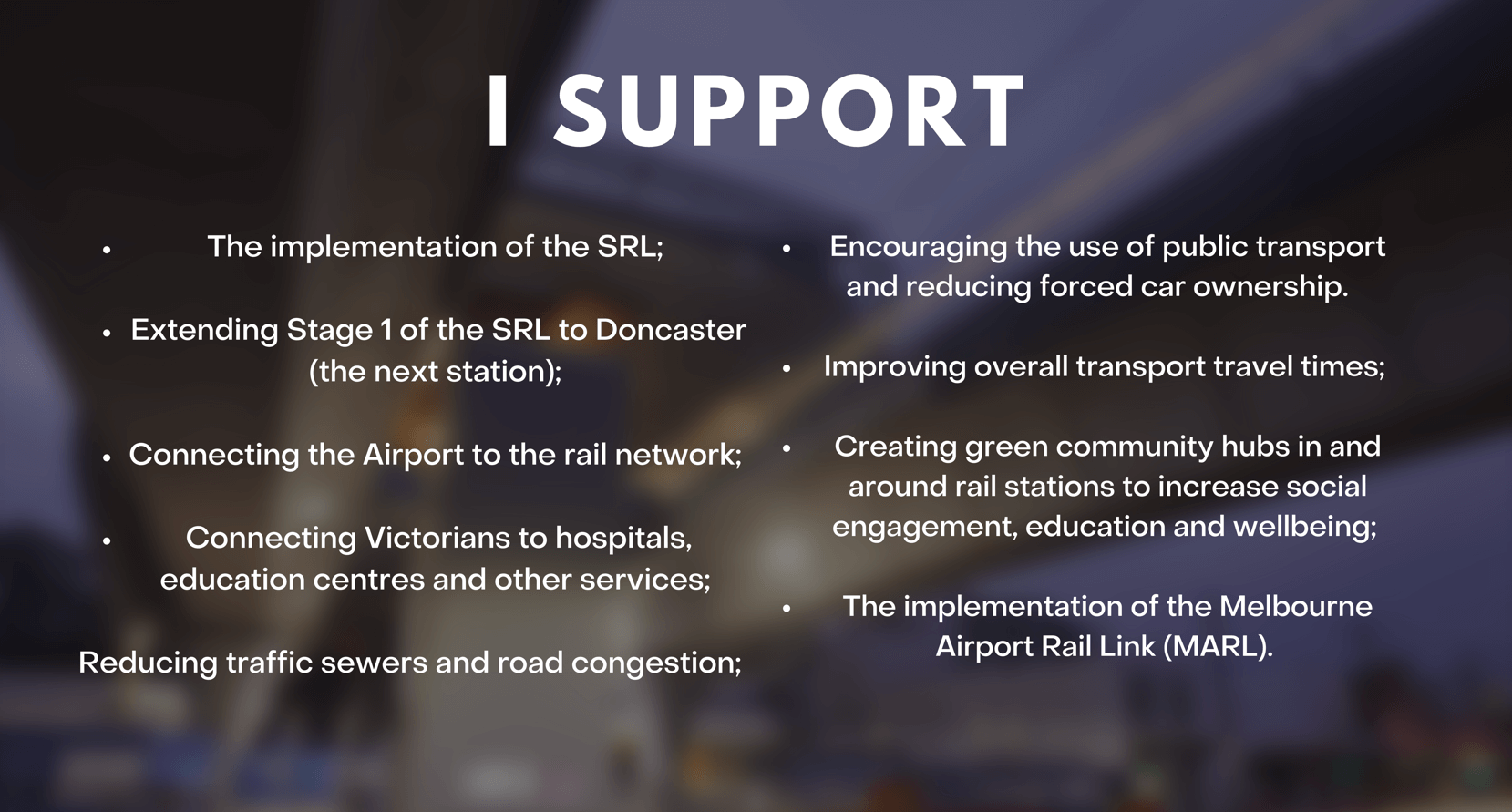